Hudson Fire Department was created in 1950. The Colorado Legislator passed laws that governed the forming of fire districts in 1948. B.H. Holden saw a need for such a district in the Hudson area and in 1948 or 1949 he petitioned the district court in Greeley to have a district formed. Mr. Holden took care of all of the expenses that was incurred and when the court approved the forming of the district an election was held of all the land owners in the pro-posed district. The first officers of the district were: Mr. Holden President, Mr. Culverwell Vice President, Andy Smith secretary-treasurer, and board members Ivan Andrews and Tom Denning.

The vote was very favorable and a tax levy was made in 1950 to fund the treasury. The board ordered a Borton-American fire truck on a GMC classic (pictured below) which was delivered in 1952 in Cash for between $8,000 and $9,000 dollars. Mr. Holden loaned the district money to build the fire house and his men did much of the work on the building. He was later repaid.The original station was on what is now Cedar street and served as station 1 until Nov of 2010 when the new Station 1 was built. The original building was built for less then $4,000. The meeting room was built in the early 1960’s. The one ton fire truck was secured later.

The district board saw a need for educating the men in fire fighting and paid for instructors from the Denver fire department. One instructor Captain Hise now chief of the Denver Fire Department was one of the better known instructors. Several small areas petitioned into the district shortly after the district was formed. 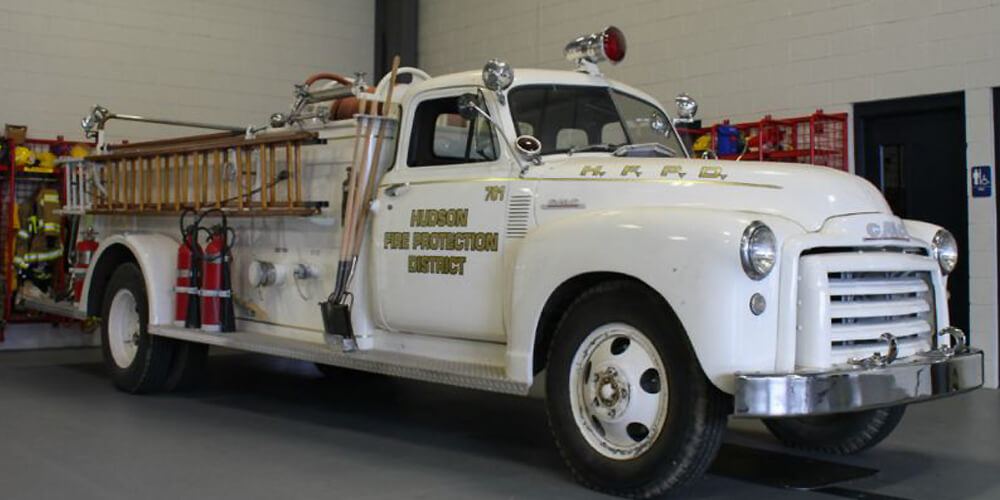